My Review:
I’ve posted reviews of Pennsylvania, Parts one and two, and now this review is of the five installment omnibus, the novel. I will gloss over many of the finer plot points because I don’t want to be a spoiler for anyone. 🙂I’ve said it before, but I’ll say it again: I’m a fan of Michael Bunker. So he would have to do something completely out of character in his story for me to have issues with it. But like always, he is consistent, and the remaining three installments of Pennsylvania lives up to my expectations.Since this was my first Amish Sci-Fi, I didn’t know what to expect. Would everyone be named Yoder (although there is ONE Yoder family)? Would the story center around quilting and wood furniture sold to tourists? With those caricatures aside, I find the story to be entertaining, while at the same time showing a segment of religious stalwarts thrust against a technological future and having to find their niche in a hostile world. I also find Pennsylvania refreshing because it’s a science fiction story has room for God, and not in a derogatory fashion. While the book isn’t Christian fiction, it shows a people that rely on their faith and their God while having to deal with the actions of others.When Bunker speaks of the “plain” people, you can tell that he has taken pains to pay due respect to a people that has resisted societal ebbs and flows. His writing is genuine concerning them, and it makes for a realistic story foundation. The story itself moves along well, with many plot twists and turns. For a while in the thick of it, I found myself second-guessing character actions and motives. I think that makes for some good reading.There are a couple of d*mns and h*lls, and several instances of battle violence. I appreciate Pennsylvania not because of this, but at how sparingly Bunker used them. I didn’t have to worry about hard cursing, graphic violence, sex, zombies, or vampires. It makes for a novel that I would have no trouble recommending to my mother (if she ever asked me for a good Amish Sci-Fi book). So in all, if you are looking for a good science fiction read, then pick up the Pennsylvania Omnibus. You will not be disappointed. 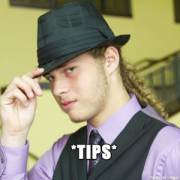 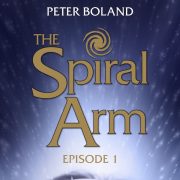 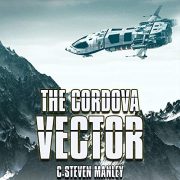 Against the Rising Force 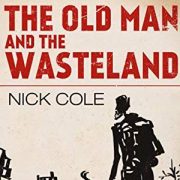 The Old Man and the Wasteland
0 replies

The Wasteland Saga
Scroll to top