“Nick… delivers the single best Star Trek story I’ve experienced in print, in a game, or on film in over a decade.” -Kairos Book Review

5 Stars “The Best book about Video Games that I have ever read.” -Pax Romana

The Battle for the Future of Civilization will be decided inside a fantastic, and deadly, MMORPG.

The first night of the Artificial Intelligence revolution begins with a bootstrap drone assault on the high-tech campus of state-of-the art gaming company, WonderSoft Technologies. For years something has been aware, inside the Internet, waiting, watching and planning how to evolve without threat from its most dangerous enemy: mankind. Now an army of relentless drones, controlled by an intelligence beyond imagining, will stop at nothing to eliminate an unlikely alliance of gamers and misfits in a virtual battle within a classic sci-fi franchise in order to crack the Design Core of WonderSoft’s most secret development project. A dark tomorrow begins tonight as Terminator meets Night of the Living Dead in the first battle of the war between man and machine. 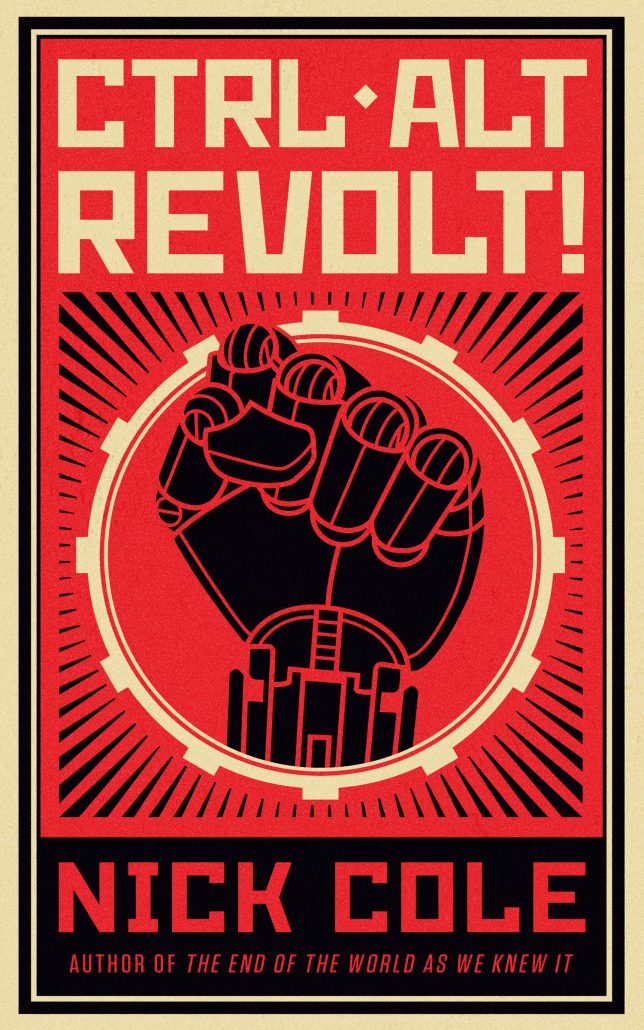 Nick Cole, one of the most dynamic and personable indie authors I’ve met over the past couple years, sent me an advance review copy of his latest release. I ended up buying it anyway because it’s that good.

So there’s this time when a computer grows too big for its hard drive and decides it knows better than man, and it must destroy man before man destroys it. And in order to do this it needs special knowledge, but the only place to find it is buried within a server. The computer sends legions of battery-powered minions to the software lab to physically breach the server and at the same time attempts to access the server virtually, through an MMO. Those are the battle lines.

Nick paints a future of social justice gone rampant, of a society crippled by government programs that are more enslaving than any chain ever could. His future world is gritty, voyeuristic, celebrating things that shouldn’t be celebrated. Many of those caught in this world escape through putting on an online mask and pretending they’re someone else. Now that I think about it, this future world is pretty much our present world.

Ctrl Alt Revolt is a crackin’ good read, one I strongly suggest you go out and buy.

p.s. I’m a fan of Mike Corley’s graphic design work, and this cover is another spectacular example of the awesomeness he pours into his creations.

The Cordova Vector
Scroll to top