As I began to create the paperback version of my anthology of android stories, Automatic, I decided to reboot the cover. What does this mean? Well, it means I wanted to putz around in Photoshop and needed an excuse. I also wanted to establish a visual language to use throughout the book.

A visual language is a set of graphics (including alphabetic glyphs, typefaces) used to convey meaning. I’m using visual language in the graphic design context; to tie elements of a design together, creating one cohesive design product.

My previous book cover was nice, but I felt there weren’t many good graphic elements to base a visual language on. With the new cover, I aimed to do this. Here’s what I did:

Once I complete the paperback I hope it will rock as much as I think the new cover rocks. Check out the wraparound cover. It turned out o.k. 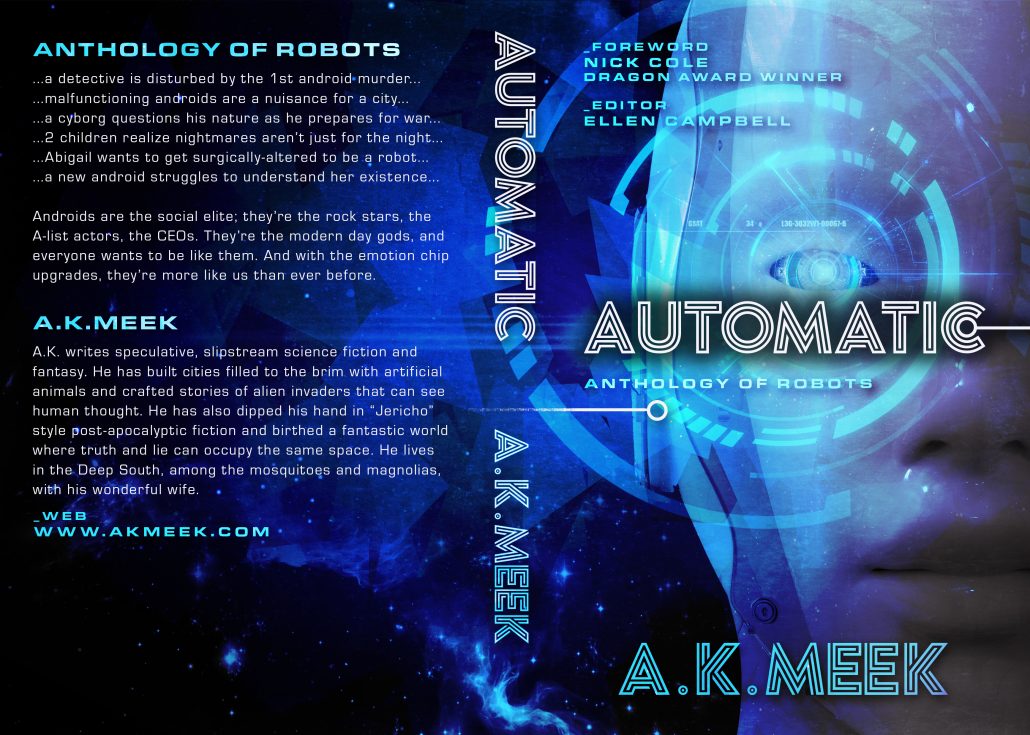 If you haven’t picked up an ebook copy of this yet, head over to Amazon and grab a copy for only $2.99. It’s in Kindle Unlimited too, if you subscribe to that.

A Cover for Second Invasion