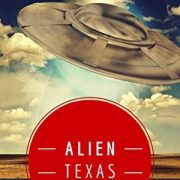 Alien invasions come in all shapes and sizes in this unforgettable book. But residents of Texas have their own unique methods for dealing with troublesome intruders from the stars.

This 10,000-word short-story collection by the author of the Connor Rix Chronicles includes three tales from a Lone Star State dealing with unwelcome alien contact: 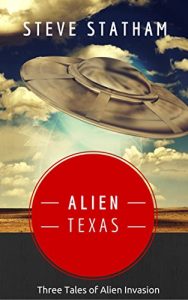 An Austin tech start-up is on the verge of releasing the Next Big Thing in virtual reality; perfect 3D re-creations of hip concerts, raucous civic celebrations and performances by beloved local artists. But when they “capture” their first event, they capture something else they never expected.

A disabled veteran of the alien wars on Gliese 832c tries to rebuild his life in the Gulf Coast town of Port Aransas. But he’ll find no rest until he figures out a way to deal with the hidden intruder he brought back from the war.

The invading aliens were routed. The people of Earth remain free. But now a lone rancher has to deal with the creatures the aliens left behind. Are these horrifying alien species forgotten pets, escaped livestock, or something worse?

Who knew aliens and Texas would be a good mix? As a Texan, I think a healthy dose of Texas in any story setting automatically bumps up the coolness of the storyline by at least 35%. Steve Statham apparently thinks so, too, as his collection of short stories takes place in the great nation. That, or he simply writes stories centered close to where he lives, as so many of us writers do.

Either way, these shorts aren’t your typical endless waves of alien mother ships leveling the world one continent at a time. These stories are the slow burns, where people are dealing with the struggles that alien life has dropped into their lives. There’s no massive explosions, but there are surprises, and as Steve focuses on the personal experience, it makes the stories more vivid and real than any Hollywood blockbuster with billion dollar budgets.

Plus, it all takes place in Texas…

Jericho: The series that ended too soon

A Cover for Second Invasion
Scroll to top