An overwhelming alien invasion has broken earth’s last human encampment. The few ragged survivors flee into the mountains. But the strange aliens have a horrible secret: they can see the thought-trails the humans leave behind. And now the aliens follow these same trails into the mountainside forest to hunt—and feed—on their human prey.

This story is about one alien tracker, thirsty for human thoughts, chasing one man. 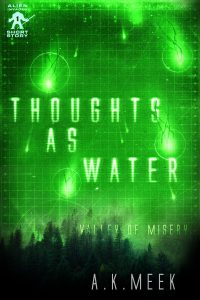 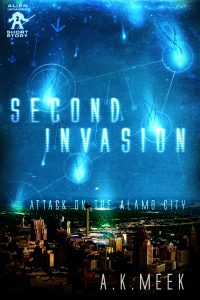 The first alien invasion met with a watery defeat. The second invasion is more precise with the alien rift appearing directly above San Antonio, Texas. And that’s where man’s battle against extinction begins.

Trisha takes her two sons to the Riverwalk for a fun-filled day, a getaway to distract her from dwelling on her estranged husband. But her split family finds themselves at the forefront of the alien invasion.

The invading, hungry aliens wield a devastating weapon. They can see and smell human thoughts. And they crave human thoughts to fill their insatiable appetite.

This is the second exciting story written in the Alien Invader series of short stories. The first, Thoughts as Water, is a stand-alone story in this universe of terrifying aliens.

Tales from the Canyons of the Damned: No. 11

This eleventh edition of Tales from the Canyons of the Damned consists of Four sharp, suspenseful, thought provoking short stories—each from a different featured master of speculative fiction and one intimate interstellar poem.

Nathan M. Beauchamp opens with Flesh of my Flesh, a moving study in what it means to be human.
Award winning Poet Samuel Peralta contributes sentiment as to The Way the World Ends.
A.K. Meek takes us back the world of Thoughts as Water with Second Invasion.
Kevin Lauderdale introduces us to The Peacemaker.
And Daniel Arthur Smith shares the first episode of The Off World Kick Murder Squad

Second Invasion was first published in this edition. 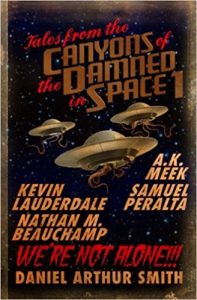 Tales from the Canyons of the Damned: No. 5

This edition of Tales from the Canyons of the Damned consists of four Mindbending stand alone short stories – each from a different featured author. A.K. Meek’s Thoughts as Water is a tale of perspective like none you’ve ever experienced. Will Swardstrom’s Razor will have you leaving the light on. Bob Williams leads us through a possible afterlife and Daniel Arthur Smith takes us to Central Park… after dark. 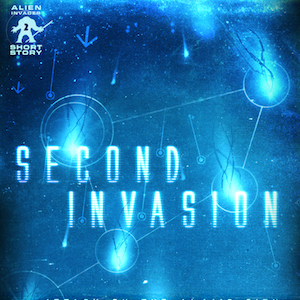