Second Invasion is a short story clocking in at a little over 4k words. It’s about aliens, a family, and San Antonio. Not necessarily in that order. It’s cool, hip, and you really should read it.

Originally it was published in Tales from the Canyons, an awesome series of pulp stories founded by the talented Daniel Smith. I’ve been fortunate to make the cut for a couple of my stories in his ongoing series.

Now that my exclusivity period is over, I’m free to release the story as a standalone. So in my attempt to always find ways to procrastinate instead of writing, I whipped up a cover in the same vein as Thoughts as Water. 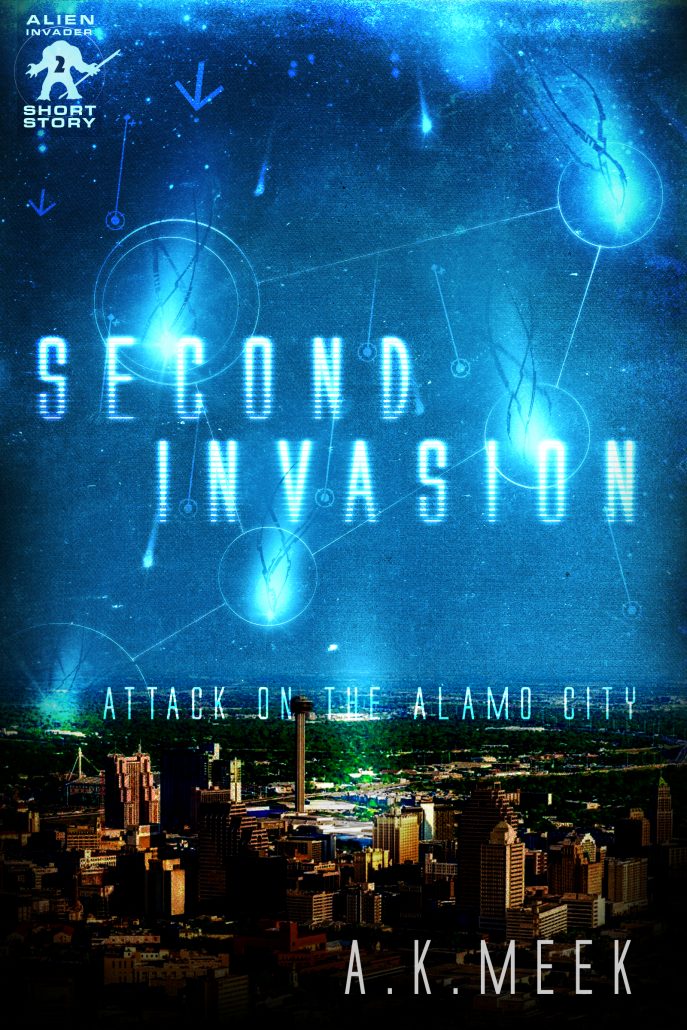 Click on the cover to be taken to Amazon, where you can pick this baby up for only $.99.