So this cat named Elon Musk steps out on a stage in Dubai and lays down this jive that in order to keep from being outdated by machines man needs to evolve. His words, not mine.

We have to become like machines so that we are not exterminated by the machines. Survival of the fittest. Kinda has eerie ringings of Skynet and is the basic plot of every Singularity movie that have ever been filmed. But the thought is no longer us versus them, it’s us becoming them. When in Rome… boost our abilities through technological implants, marry tech with organic substance. Yes, evolve is a good word to describe it.

I touch on the idea in my latest short story, Re:evolution and the Radiant Machine. In it, a professor has spent his life defining his evolution philosophy, the merging of tech and human. And we’re on the cusp of it all. That’s the Radiant Machine; the perfect marriage of technology with organic. Evolution. Unfortunately, it doesn’t work like the professor hopes for.

If you want to know more about the ramifications of this wayward thinking for the good professor, then click the image to go to Amazon and pick up your own copy of Re:evolution and the Radiant Machine for the low, low price of $.99.

As a side note, I wrote my story before I heard Musk talk about this stuff. So he’s copying me. 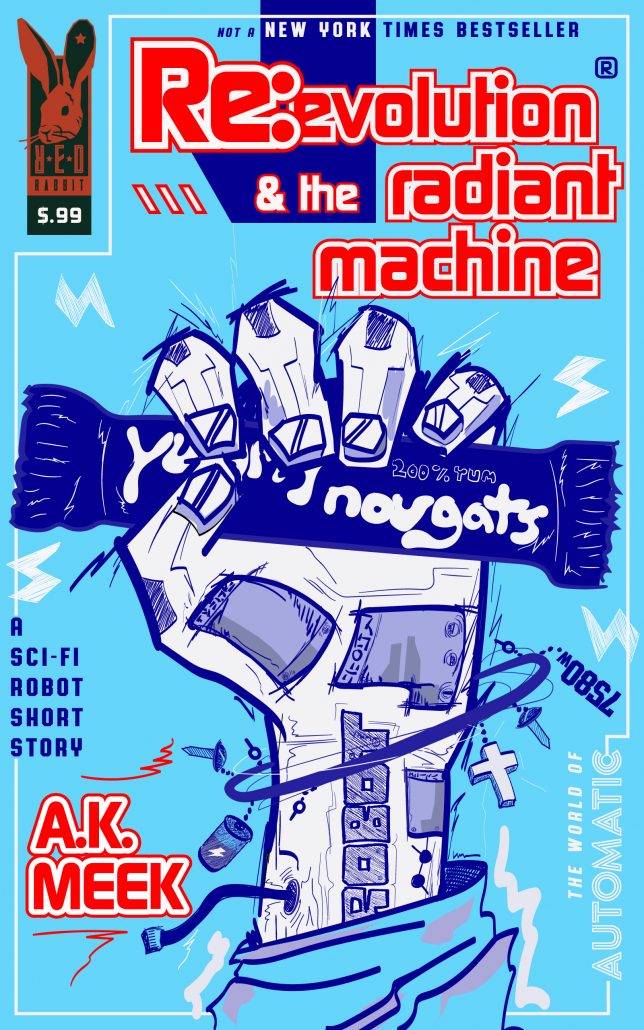 Night of the Bunnyman
Scroll to top